Another month, another packed full of developments made into our GitHub by our developers who just keep on coding non-stop. The sheer amount of development is truly astounding and in fact, PIVX is currently ranked 7th in Messari.io’s Development Activity rankings! 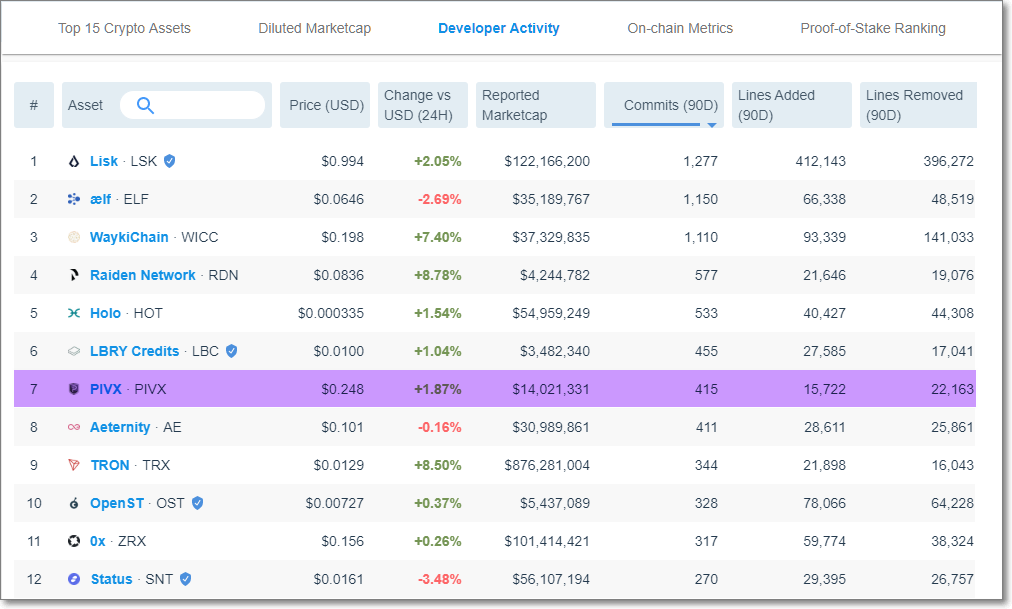 PIVX ranked 7th in Developer Activity out of 765 projects listed on Messari.io

For those who wants to be kept up to date with every commit, merge, comments being made in our public PIVX GitHub repository, we have recently added a new Discord channel called #github-updates that pipes all the activities automatically into the channel as a feed. It is a great channel to keep tabs on, and soon you will also be able to really see and appreciate how much work is being put into our wallet.

Due to extra features being developed, and extended testing, the soft-target of 4.1 wallet release is now set for this month. This is now going to be one of our biggest releases ever with a huge amount of improvements, new features, and optimizations that will significantly improve its usability and performance.

Although there are way too many changes to simply list and mention, I wanted to mention 2 particular big core improvements that’s coming with 4.1.

Over 60% reduction in memory usage!! Say what?!

The new 4.1 wallet is poised to use MUCH less memory. With recent works, the current master build already uses around 15% less memory than 4.0.2. That’s around 400 MB less! But that’s not all. The latest PR# 1502 (proposed on April 6 2020) is set to reduce this down a lot further. In fact, the new 4.1 wallet with this PR merged has been tested to use up to 64% less memory than before! From nearly 2.6 GB memory usage in 4.0.2 down to only around 900 MB of memory usage! What kind of sorcery is this? Anyways, this is a massive improvement and something that should make everyone happy. It also means that the new 4.1 wallet should launch faster and shut down faster. Overall a massive win, and something I cannot wait to see everyone benefit from.

I have also tested a self-compiled build from master recently just to compare some of its core improvements that optimizes both memory utilization and block synchronization times, and the difference was massive!! Syncing both wallets off from scratch on a 100 Mbps broadband internet, the 4.1 wallet showed a significantly shorter sync time as can be seen below. Yup. 21 hours vs 12 hours. Your mileage may vary of course, but this is a huge difference nonetheless and is a repeatable one as I’ve tested it twice just in case and got similar results. We’ve been told that this area will be optimized more over time, and means the need for snapshots to speed up the chain sync may soon be a thing of the past. 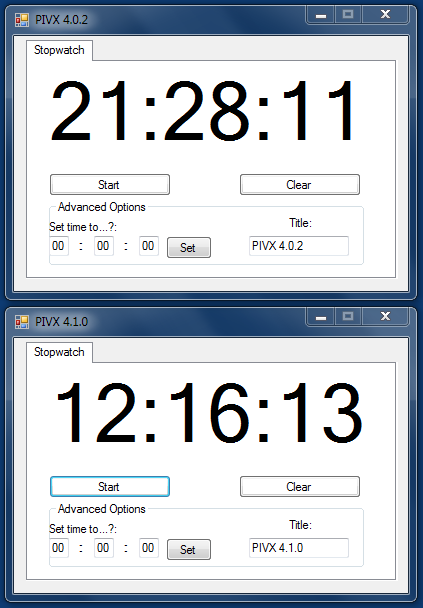 New 4.1 wallet was able to sync from block 1 to the current block in just over 12 hours on my internet connection. Meanwhile, the previous 4.0.2 wallet (and any other before it) would not sync faster than 21 hours. That means 4.1 syncs in nearly half the time as the previous wallet versions!

zPIV is now spendable! Convert them back to PIV now!

PublicCoinSpend v4 (PR #936) function has been incorporated into the 4.x wallet and so it is now possible for anyone with any version of zPIV to spend them back as PIV. As per the recent announcement, the support for zPIV as we know it will cease once 5.0 (Sapling Update) is released. So we urge everyone with zPIV to convert them back to PIV as soon as possible and request assistance in PIVX Discord #support channel if you run into any issues or simply have questions.

Cold Staking (PR #955) is now active in mainnet so all users are now able to cold stake their coins if the required steps have been executed. We have created a basic how-to guide here. Also, some non-custodial (thus safe) cold staking services have started popping up so that is another option if you feel comfortable with their service levels.

Excluding merges, 11 authors have pushed 180 commits to master and 181 commits to all branches. On master, 307 files have changed and there have been 8,591 additions and 8,149 deletions.

Please also check our roadmap for some more info on what is coming.

Also, we have many other 2020 developments in the works at a project level such as new websites, logo refresh and more. So it’s going to be one heck of a year for PIVX!

Anyone and everyone is welcome to contribute to our code, and they will all go through the same process of multi-dev peer review and will be merged if it gets enough ACKs!