In less than 11 months since the first announcement of v5.0, we finally reached another huge milestone for PIVX, but this achievement itself is also huge for the entire cryptocurrency industry! PIVX SHIELD, our next generation User Data Protection protocol is the first successful custom integrated zk-SNARKs technology based Sapling protocol into a Proof of Stake blockchain. SHIELD is based on well researched and time-tested Zero Knowledge cryptography, the 'Golden Standard' among researchers.

After extensive internal testing and 4 successful public testing rounds, we are ready to celebrate the biggest moment in our history! We are inviting everyone to download the v5.0 wallet as soon as possible and get ready on time. SHIELD protocol enforcement is scheduled for block 2700500, which is expected to occur at approx. January 30th 06:25 GMT. So everyone has full 3 weeks of time to upgrade their wallets to the latest version. v5.0 is a mandatory wallet upgrade and users who don’t upgrade before block 2700500 will end up on a forked chain.

v5.0 returns user data protection back to PIVX and all its users. It offers the ability to send and receive both Transparent and Shield transactions. Blazing fast and ultra low-cost Shield transactions will be available on the PIVX blockchain starting from January 30th (from block 2700500).

v5.0 is introducing huge performance improvements, faster loading and blockchain synchronization time, significant GUI improvements for increased user-friendliness and it is by far the leanest and fastest PIVX core wallet release up to date!

SHIELD is coming with a fully functional Encrypted Memo feature, which allows attaching any information or message to the Shield transactions, including the personally identifiable information required by the regulators to satisfy the AML/CFT laws as well as the FATF Travel Rule. In other words, PIVX complies with all the regulatory requirements, even better than the public blockchains. More on the topic can be found on our freshly released Regulatory page. 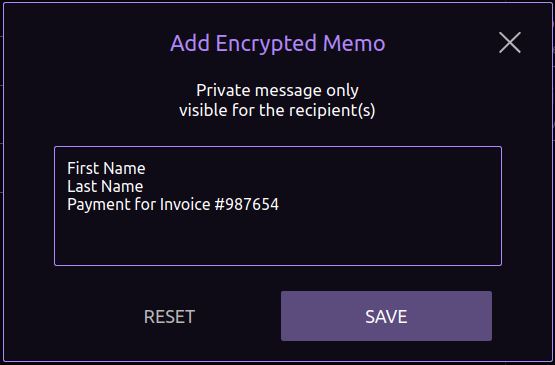 We also suggest everyone to read an official v5.0 Release Notes here.

What does the v5.0 mean for PIVX and what is coming next?

v5.0 means the beginning of the whole new chapter in the PIVX history. v5.0 represents the start of an entirely new era with fresh ideas, innovations and a bright look towards the future. This is a strong base for all that is coming, which will be publicly announced in the upcoming weeks. This is the strongest codebase we ever had, which will allow PIVX to speed up development even more and raise the bar in the industry to a whole new level.

We are very extremely excited to give another huge contribution to the entire cryptocurrency space, but all that wouldn’t be possible without our awesome community members, countless volunteers and supporters, developers, and all the people that contributed to v5.0 in any way on our path to this great moment. It’s time to celebrate now and we’re looking forward to the rest of 2021, which will surely be the biggest year for cryptocurrencies, including PIVX!