“Taking a new step, uttering a new word, is what people fear most.” ― Fyodor Dostoyevsky

“Your task is not to seek for love, but merely to seek and find all the barriers within yourself that you have built against it.”― Rumi

I think sometimes “things” make sense to me but finding the words to convey a feeling or express some “idea” or concept is like looking for acorns in a sea.  Not only pretty hard, but it doesn’t make sense….especially at first.

So here goes. Cryptocurrencies and blockchain tech really challenge most people’s comfort zones.  There is a general feeling from those not involved with cryptos that they are this seemingly nebulous, fictitious, play thing that the uber nerds geek out over that “the general public” really doesn’t need to be concerned with.  I get that.  The “bar” to entry into cryptocurrencies is still pretty damn high.  It for the most part is NOT intuitive, or easy. Especially when you start dealing with “alternative” cryptocurrencies, where now you have to exchange your fiat currency (USD for example) for some Bitcoin (the oldest/most prominent crypto), and then move that to an exchange where you can use that Bitcoin to purchase OTHER cryptos (called “alt-coins”…as they are “alternatives” to bitcoin).

Crypto’s also challenge the comfort zone, as it calls into question a LOT of what we as people (at least in uber-developed countries) consider a foundational element of society:  Money & Wealth.  Without going into too much detail, we as largely industrialized countries (writing from the USA at this time) largely have an attachment to money and the “money” that is minted/printed by the federal reserve.  The population at large still believes this currency is “backed” by something (there is a level of blanket trust in the system, or rather an absence of questioning) resulting in people to just assume and believe that $1USD is worth..well, something.  A Dollar.  (There is also a GROSS misperception that the Federal Reserve is anyway part of the Government.  It’s not.  It’s a private bank that loans the currency to the Government, and then charges interest on that loaned money.  Yeah…….).  So, we have an entire community centered around “earning the dollar” in order to purchase goods/supplies/etc.  Destabilizing that dollar, or even suggesting that the dollar could collapse, or isn’t “worth” what it appears….is a direct assault on the very frameworks and attachments for many people.  CHANGE is one of the hardest things for a human to go through and allow.  CHANGE when it comes to a fundamental perception of life (meaning, that the money you earn might not be worth what you think it is, or that it could all disappear in an instant like what has happened throughout history, in Greece, in Russia, etc …that’s almost impossible to believe, right)? 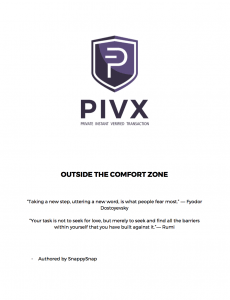