This update hopefully can fill you on what has been happening for the past 3 months in the core development side of things, as well as what is coming soon!

On January 8th 2021, after nearly a year in development, the PIVX core wallet 5.0 (v5.0.0) was finally released, with it including the much awaited financial-privacy-enabling SHIELD protocol that can protect your transaction details from being seen publicly.

This release makes PIVX the very first Proof of Stake cryptocurrency in the world to have a fully working zk-SNARKs Sapling protocol on the mainnet!

Shortly after the release of v5.0.0 in early January, a minor security and bug fix release was released in mid-January and is currently our latest version that everyone should be using.

If you are running a version that is older than v5.0.1, then your wallet will NOT be on the majority network. So make sure you upgrade ASAP.

Always go to Github Releases and download the latest version to ensure you benefit from all the latest fixes and enhancements.

On January 30th 2021, the SHIELD protocol was activated on the PIVX mainnet network through a hard fork on block 2700500.

Only 2 minutes in from its activation, at block 2700502, we saw our first SHIELD transactions on the blockchain where transparent PIV were shielded using the new protocol for the first time!

Then on block 2700507, we saw the world’s first fully shielded transaction using zk-SNARKs on a Proof of Stake mainnet blockchain! That’s right, PIVX was the first in the world to do this!

New bug fix release for SPMT and addresses the sendrawtransaction incompatibility with PIVX Core Wallet v5.0. This tool allows you to manage your Masternodes securely with your collateral private keys safely stored in a hardware wallet such as Ledger or Trezor.

New bug fix release for PET4L and addresses the sendrawtransaction incompatibility with PIVX Core Wallet v5.0. This tool gives you the control you need to access your coins when the hardware wallet vendor’s software does not. This includes spending your delegated coins if the time arises.

PIVX core developers have been hard at work making the wallet even better. This soon to be released v5.1.0 wallet will include nearly 100 merged PRs for improved stability, faster performance (especially on wallets with a high number of transactions), better security, less resource usage, and more. We hope to release it within the next couple of weeks with more detail on the changes.

News Flash! As of writing this, RC1 (Release Candidate) release of v5.1.0 just got tagged on GitHub! This means that we will soon be able to try out the wallet before its final release. If you do try this out, please check on its performance, sync speed gains, and stability improvements. Any feedback in the PIVX Discord’s #pivx_development channel would be greatly appreciated!

Here are some publicly posted messages between our community members and PIVX core developers in our Discord server that give much more insight to what else is coming in developer's own words. 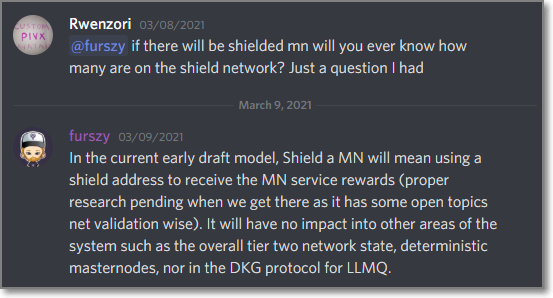 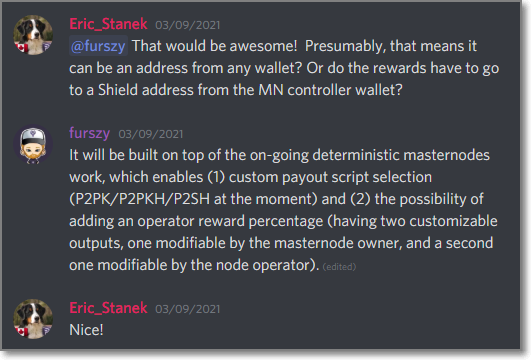 For a detailed monthly report and full recap of all the work performed by our developers on the PIVX repository, you can visit this page.

Anyone and everyone is welcome to contribute to our code on GitHub, and they will all go through the same process of multi-dev peer review and will be merged if it gets enough ACKs! Oh, and if it does get merged, you may also receive a contribution bonus depending on its contribution level, as well as a mention in the release notes of a GA release!

We also welcome all translators who can assist in making our wallets multi-lingual! PIVX core wallets will include support for languages that are at least 80% translated on Transifex. https://www.transifex.com/pivx-project/