The PIVX project is run by a decentralized autonomous oganization (DAO). As such, it relies heavily on its built-in governance system that allows people to request financial support (paid in PIV). This is done by first creating a budget proposal on the network, and then each masternode owner casting a vote on these budget proposals. This determines if they get enough pass votes to get the payment requested every 4 week cycle.

Currently, PIVX users who want to participate in this governance system have to perform the creation and voting of budget proposals through a command line interface (CLI) using difficult to remember and typo-prone commands. This made it extremely difficult for newcomers and long timers alike to participate in this process due to its steep learning curve or being too cumbersome.

PIVX core developer furszy, working in conjunction with UI developer Neoperol, has been busy creating a solution to this problem by coming up with a brand new graphical user interface (GUI) for the core wallet. This new GUI, set to be included with the upcoming 6.0 core wallet release, allows for easy creation, voting, and viewing of the budget proposals without the need to remember any obscure commands!

As can be seen below, you can see a new DAO tab on the left bar, that opens up this new Governance view, showing all the currently active budget proposals on the network. 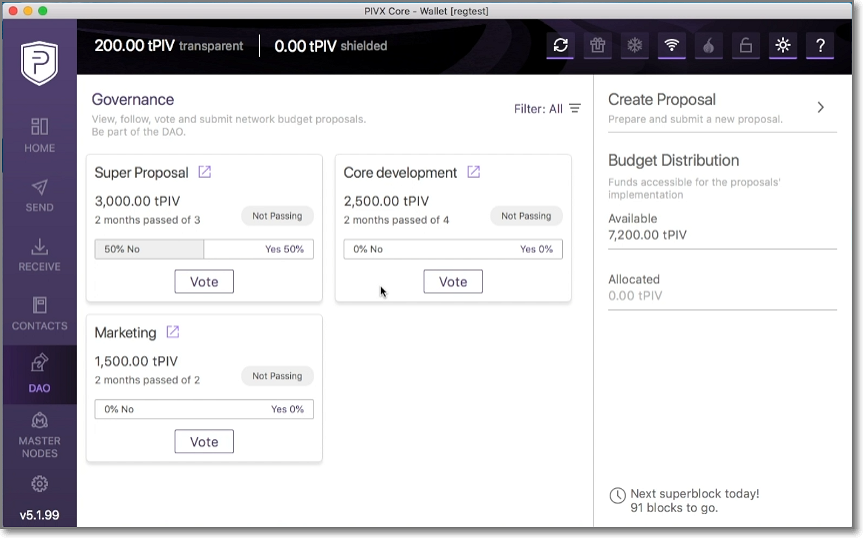 From here, you can create a new budget proposal simply by using its new Create Proposal wizard. 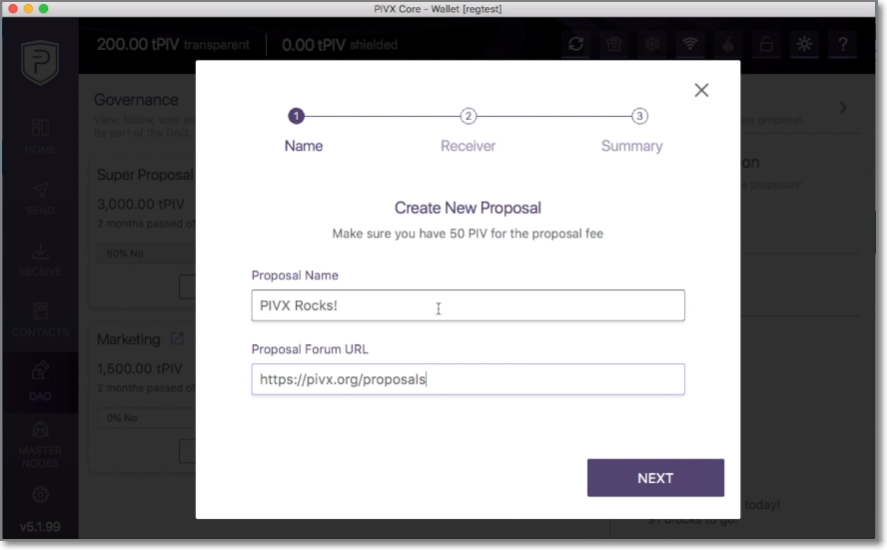 You can also cast a vote to a budget proposal from the GUI using 1 or more of your masternodes via a masternode selection list. 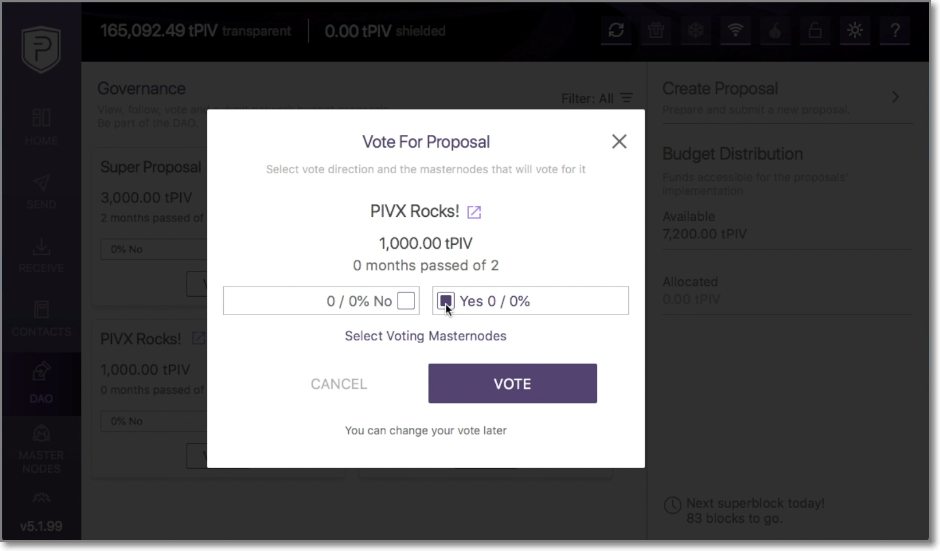 You can see the full developer notes, and videos of the new user interface from here: https://github.com/PIVX-Project/PIVX/pull/2406