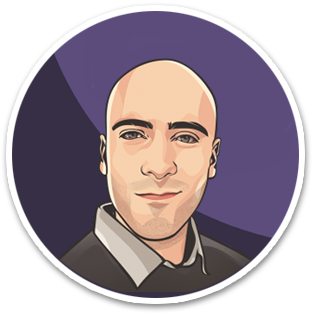 What I’m talking about is the amazing lack of toxicity in our online community. If you ask someone what would keep them away from getting involved more deeply in a cryptocurrency community, I’d say it’s a safe bet that a “toxic community” would be one of the worst offenders. I’m certainly not the ultimate expert on online communities, but I have a few thoughts to share on what makes the PIVX community in particular so resilient and largely immune to this incredibly destructive influence.

What is a toxic community? How do they form?

To be clear, let’s go over roughly what it means when an online community becomes toxic. Generally speaking, it means that online discussions, chats, and forums will quickly devolve into name-calling, personal attacks, or in some extreme cases – threats. I’m not going to name names here, but an online search for the words toxic community and cryptocurrency will yield a plethora of examples of what I’m talking about.

I can attest to this problem personally. Before my involvement with PIVX, I found myself interested in several other projects. However, after discovering their vile nature and unwelcoming attitude towards newcomers, I felt myself pushed away and quickly lost interest. The PIVX community, on the other hand, embraced me with open arms once I made it clear how serious I was about participating. Admittedly, I bumped into a few walls trying to reach the right people to help guide me towards what sort of role I could play, but once I found out where I needed to go, it’s been a very enjoyable and rewarding experience.

Toxic communities online don’t only exist around cryptocurrency projects. TV shows and video games are famous for sometimes developing a toxic following that pushes away newcomers and makes the product or series seem unwelcoming.

An obvious logical question to this would be, what causes communities to become toxic?

I would preface this by again saying that I do not claim to be an expert. This is just my opinion on the subject, but I do believe that my opinion is quite reasonable.

I believe that communities become toxic largely as a result of what brought that community together in the first place. In the case of cryptocurrency communities, it’s quite clear to see that groups that come together based solely on an unending demand for higher and higher returns and profits are far more likely to become toxic than those that are built on constructing something and maintaining an attitude that is welcome to newcomers.

For example, without naming names, there are a number of cryptocurrency projects whose community consists largely of individuals that want to undermine each other, talk down to each other, and express dominance over one another. When newcomers do show up, they are quickly smacked down by the community’s collective toxic hammer, labeled “noobs”, and effectively told to buzz off.

Now let’s compare this to a classic example of a well known and actively non-toxic community, namely the one surrounding Dogecoin. This group is almost always used as the benchmark for friendliness and openness to newcomers in the crypto world. But why is that? I suspect that it’s for two reasons.

First, Dogecoin as a project was never intended to be a means of releasing millions of tokens onto the market in hopes that they would pump in value and make a ton of profit for those who got in early. Second, Dogecoin did not have an ICO. Instead, it’s release mirrored bitcoin in that it was a mined cryptocurrency from the start, thus an ICO would have been impossible anyway.

The result of these two factors is that Dogecoin now has a community that is less focused on maximizing profits and more focused on creating something that is user-friendly and has larger adoption.

I think it goes without saying that PIVX and Dogecoin have a fair amount of things in common, even though PIVX relies on proof-of-stake and masternodes and not proof-of-work mining.

Toxic communities can be a big problem. But what happens if a community is already toxic? Can silencing individuals that make unfriendly comments cure a poisoned environment?

The answer to this, I believe, is no. Silencing people is not a realistic method for curbing a harsh environment. On the contrary, I would expect that censoring or silencing individuals would only lead to more toxicity as it could potentially enrage the community as well as make those who are contributing to the toxic environment even more destructive.

In regards to cryptocurrency projects, I believe a project that launched via an ICO and attracted a large group of individuals that are purely focused on selling their bags for top dollar will inevitably lead to toxicity that is likely nearly impossible to resolve. It doesn’t mean all projects that started with an ICO are doomed – it just means they are far more likely to suffer from an unruly community that is unwelcoming to newcomers.

The PIVX difference, growing the right kind of community

I believe some of the reasons why the PIVX community is so friendly, open, and engaging is that we came together for the right reasons, and those who contribute to a toxic environment are in the minority.

What’s more, the PIVX project has always had an emphasis on welcoming newcomers. Not perfect, but noticiably open and friendly. This first point of friendly contact sets the tone for all of their future interactions with us. Simply put, if people are first welcomed warmly, they are likely to expect that to continue and will be propagated to other newcomers as they themselves slowly become more involved with the group. In this way, friendliness and openness to newcomers spreads in an almost infectious or viral way. The opposite is also true of toxicity – it spreads from deep within the roots of the community.

PIVX is an ICO-free project. Our roots go back long before the term ICO was even a buzzword. We never released marketing materials that suggested quick profits or high returns from getting involved. We also very seldom referred to ownership of PIV as an “investment” as most of us feel this term is not an accurate reflection of what we are and what we do.

Finally, it’s very important to note that PIVX has no leader. We do not have a Satoshi Nakamoto, a Craig Wright, a Roger Ver, or a Vitalik Buterin. There is no single person sitting at the helm of PIVX telling us all what to do. We are instead organized in the most decentralized way possible through our DAO.

The reason why this is important is because figureheads and leaders inevitably attract controversy and dissent. As PIVX has no centralized leadership, anyone could potentially step forward, gain the support of the community, and take over a leadership role within the organization. It is this absolute democracy that keeps those with something to say in a place where their words matter, and not just another anonymous screen name raging on a forum and poisoning the community.

That’s not what we’re about at PIVX. We are about privacy, freedom, and the power of the individual to guide things forward.